In children’s literature, characters of color are rarely “given a pass card to traverse the lands of adventure, curiosity, imagination or personal growth,” and they are often stuck in the “legacies of civil rights and slavery” (Myers, C. 2014). When characters of color do break these molds, they can be recast into roles that frame them in atypical family structures from low-income urban areas. It is not as common that black characters are allowed to “breathe, talk, dance, eat, laugh, love and smile just like the rest of us” (Alexander, 2016). To show children of color as multidimensional characters, it is paramount that teachers disrupt stereotypical narratives that synonymize all black children, especially males, with low-income, single-parent/guardian homes that reside in urban areas through the use of multiple narratives. 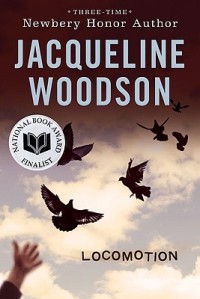 Children are receiving potentially prejudice and stereotypical perceptions from many forms of media, including literature. Books and texts can unintentionally perpetuate or reinforce these stereotypical mental constructs. Locomotion by Jacqueline Woodson and Somewhere in the Darkness by Walter Dean Myers are examples of excellent texts that unintentionally perpetuate the specific notion that children of color, specifically boys, come from low-income, urban, and single parent or guardian households. Both stories are a single narrative of an African American boy who has to overcome the adversity presented by poverty in the context of an urban area under a single parent or guardian home. These stories, however, may reinforce preexisting misconceptions in children’s minds if similar notions have influenced the students in the past. 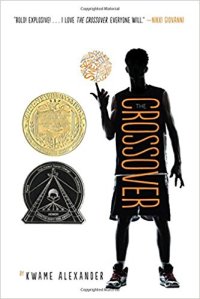 Woodson and Myers are both renowned authors in the children’s literature community, and I am in no intending to disparage them or their works. Their award winning texts should be integrated into classrooms and curriculum because their ability of allowing children to construct narratives which create atlases “of their world, of their relationships to others, [and] of their possible destinations” (Myers, C., 2014). In order to avoid works like these becoming inadvertent reinforcers of cultural and racial stereotypes and to have texts serve as atlases to children, teachers must appropriately integrate literature in their classroom.

Apt literature implementation begins with teachers presenting several diverse narratives from various cultures. Introducing students to a wide array of narratives creates multiple frameworks from children to draw knowledge from, which effectively increases their senses of empathy. If teachers of predominantly white students, for instance, included the exemplary literary selections of Myers’ Somewhere in the Darkness and Woodsons’ Locomotion, in their curriculum they should include a text such as Kwame Alexander’s The Crossover to provide an alternative narrative of an African American protagonist. In The Crossover, the main character is an African American boy, but unlike Somewhere in the Darkness & Locomotion, the boy comes from a dual parent household in the middle class. Including Alexander’s work in addition to Somewhere in the Darkness & Locomotion would effectively disrupt the stereotypical notion of African American boys exclusively coming from atypical family structures and low-income households in urban areas by presenting students with more information on children of color (i.e., not every African American child is from a low-income urban neighborhood). This increased amount of information will generate greater amounts of empathy in students. Disrupting stereotypical notions and providing students with more empathy will hopefully allow students to use their literary atlases to navigate “landscape[s]” that children’s literature creates and “upon which [children are] free to wander” (Myers, W. D., 2014).

“Books transmit values” as well as knowledge, therefore making it paramount that teachers implement the appropriate steps to disrupt flawed values, such as stereotypical notions and synonymizing unrelated cultures (Myers, W. D., 2014). For instance, if a teacher was selecting literature for predominantly white middle-grade students, they may select Somewhere in the Darkness & Locomotion. To appropriately disrupt unsound values that may be unintentionally reinforced by these texts, the teacher should include a text like The Crossover. The additional book would disrupt the common narratives presented in the first two texts by providing knowledge about children of color to increase students’ empathy. Increased empathy fosters students’ development of their atlases, allowing them to explore and navigate more literary landscapes. It is also important to disrupt stereotypical notions about people of color so they do not persist into adulthood and evolve into feelings or actions that can become detrimental to another race or culture, for “The mind of an adult begins in the imagination of a child” (Alexander, 2016).

Myers, W. D. (2014). Where are the People of Color in Children’s Books? The New York Times. Retrieved from: https://www.nytimes.com/2014/03/16/opinion/sunday/where-are-the-people-of-color-in-childrens-books.html

Aaron Stein is studying education at the University of Minnesota.