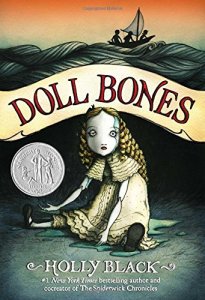 sailors’ crossings under the watchful eye of The Queen. Using their imaginations to create a wonderous scenarios and their neighborhood, The Queen and all they are prohibited from, is the focal point of all their fun. But now Poppy, Zach, and Alice are entering middle school and playing pretend in their yard seems a bit young. In this third person narrative, Zach relays to the reader his difficult decision of leaving The Game, and his friends, behind as he moves on the playing basketball. According to his father’s demands, this is the right choice for Zach.

However, Poppy and Alice compact away to Intrigue back to play again, but is their ploy a complete ruse? At first, Poppy analysis suggests The Queen is more than just a porcelain doll, but actually the remains of a young girl lost long ago. Poppy and Alice convince Zach that they must pursue one last adventure to reveal the truth behind this young girl’s death. But soon, a sinister actions hunt their adventure, even Poppy and Alex aren’t sure if their legend is just a story. Who is The Queen, and what does she want from these three friends? Will her Antics reunite their friendship and gleeful scares, or are these three in four more trouble than they bargained for?

Holly Black perfectly toes the line between fantasy and reality in this adventure story for middle grade readers. Darker than what is usually expected for middle school protagonist, Black captures her audience with the promise of adventure with three relatable main characters who handled the jolt of adolescence with grace and humor.