Celebrate Women’s History Month with these wonderful picturebooks.  From Susan B. Anthony to Wangari Maathai, these stories will aspire young readers. 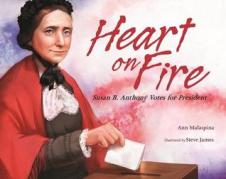 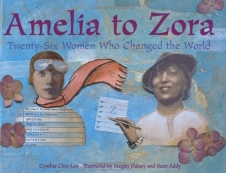 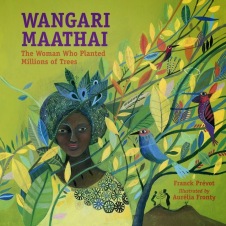 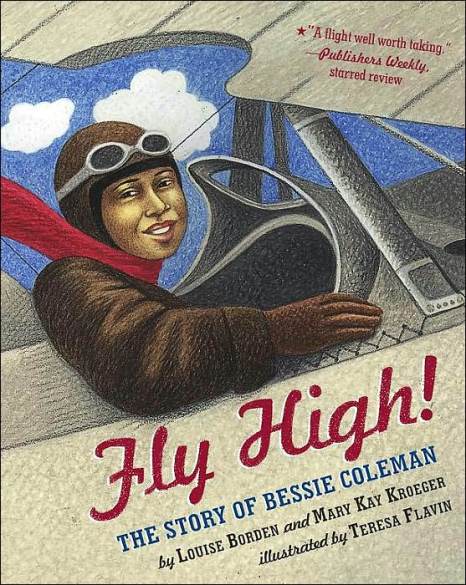 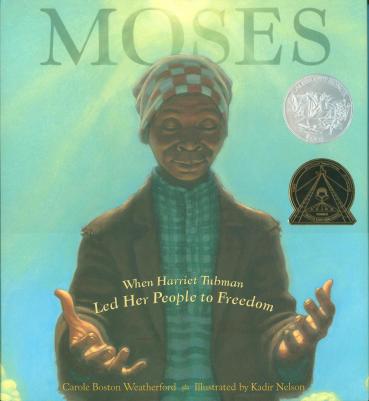 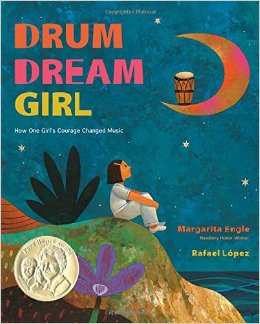 Heart on Fire: Susan B. Anthony Votes for President by Anna Malaspina , illustrated by Steve James (2012). She broke laws. She was arrested. She went on trial. She changed the world. This boldly illustrated story, captures the incredible story of feminist and social reformer Susan B. Anthony, highlighting her fight for women’s right to vote.

Amelia to Zora: Twenty-Six Women Who Changed the World by Cynthia Chin-Lee, illustrated by Megan Halsey & Sean Addy (2005). This ambitious picturebook tells the stories of 26 diverse women, from A-Z, who lived incredible lives. From inventors and engineers to writers and activists, the profound quotes and dynamic collages will engage and inspire all readers.

Wangari Maathai: The Woman Who Planted Millions of Trees by Franck Prévot , illustrated by  Aurélia Fronty (2015) Maathai, a Nobel Peace Prize winner, shows the world that one woman can make a difference. The grace and clarity of Prévot’s words are enhanced by Fronty’s dramatic illustrations of the Kenyan activist and environmentalist.

Moses: When Harriet Tubman Led Her People to Freedom by Carole Boston Weatherford, illustrated by Kadir Nelson (2006) This Caldecott Honor Book honors the life and journey of African-American abolitionist, Harriet Tubman.  Nelson’s artwork is dramatic and powerful, as is the message of freedom that has persevered through the ages.

Fly High!: The Story of Bessie Coleman by Louise Borden & Mary Kay Kroeger, illustrated by Teresa Flavin (2004) This gorgeously illustrated picturebook biography tells the story of an aviatrix who defies the odds to become the first African-American to earn a pilot’s license.  Coleman’s will have readers believing they can be “somebody,” too.”